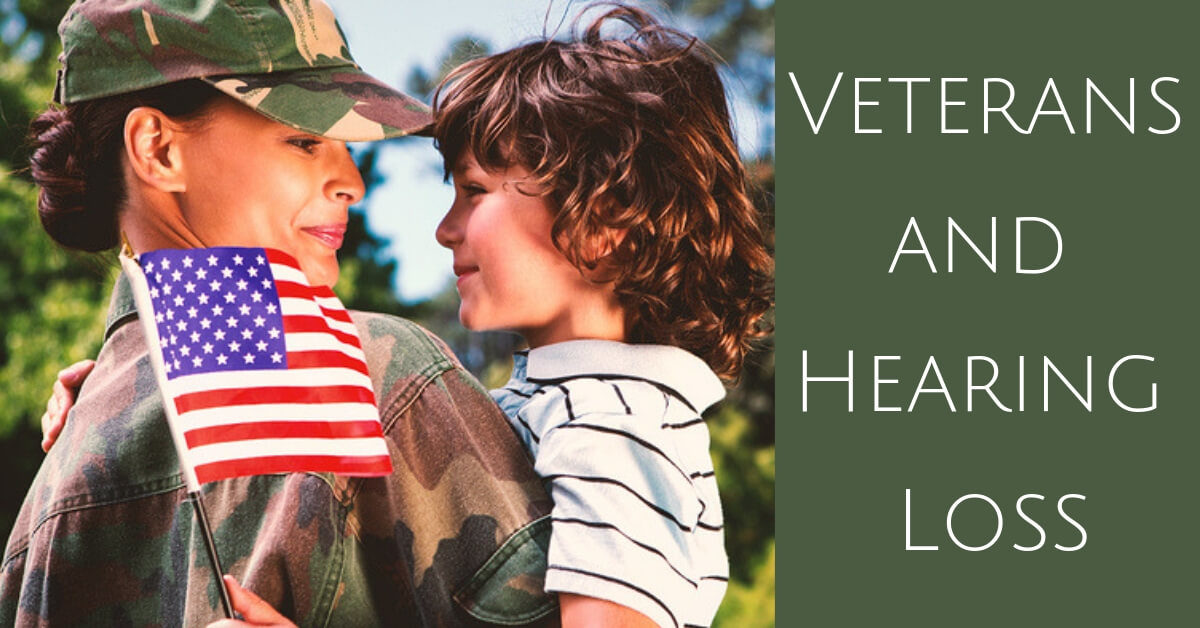 Veterans – particularly those who’ve served in war zones – have considerably higher rates of hearing loss than the general public. Seeing as 20 percent of the public in the US has some level of hearing loss, the rates among veterans are disturbingly high. The most frequent service-related disabilities among soldiers that served in Iraq and Afghanistan are hearing loss and tinnitus. An official summary of the Department of Veterans Affairs 2017 Benefits Report highlights how hearing loss and tinnitus are the most prevalent service-connected injury. Unfortunately, these numbers steadily continue to increase due to the extreme noisy conditions and equipment that troops experience and operate on a daily basis.

The Importance of Ear Protection While Serving

The reason that there is so much hearing loss in the military, claims agent Brett Buchanan, is that “the military, in general, is just a high noise-producing environment.” In the Navy, most sailors work below decks in high-noise environments, filled with “the constant drumming of engines and metal-on-metal noise.” In the Army or Marines, soldiers spend most of their day inside or near noisy vehicles such as tanks or transport carriers. Now add to the ever-present high volumes of background noise, the intermittent sounds of gunfire and explosions, and you have a recipe for hearing loss.

With this is mind, it’s no surprise the military works closely with its in-house and contracted equipment developers to design standard-issue safety equipment, including earplugs that shield users against a range of conditions. However, when purchasing safety equipment in bulk, it’s possible an ineffective product or defective design could slip through the quality-control process. In some instances, manufacturers could be selling a product that doesn’t perform correctly.

In 2016, Moldex-Metric filed a whistleblower case against 3M. The plaintiff claimed 3M, the manufacturer of the Combat Arms Earplugs Version 2 (CAEV2), knowingly sold a device that was unable to provide standard hearing protection in the workplace and on the battlefield. In addition to loosening over time, Moldex-Metric discovered the device is too short to provide the alleged range of protection that 3M claimed in its marketing materials.

Since late 2003, 3M touted its Combat Arms earplugs as capable of allowing users to hear commands from friendly soldiers and approaching enemy combatants, unimpaired, in the same way as if they had nothing in their ears.” Although testing conducted by 3M found that the earplugs were defective, the company falsified certification stating that the testing complied with military standards, according to the lawsuit.

In 2006, the U.S. government entered into a contract with 3M, in which the company supplied an estimated annual quantity of 15,000 earplug packages, with 50 pairs per package, at a guaranteed price of at least $9 million in sales for the year, the lawsuit states. The earplugs were sold to the military until 2015, when 3M discontinued the product.

“It is an absolute disgrace that 3M would purposefully provide defective equipment to U.S. service members, knowing that those service members would rely on that defective equipment in combat,” Andrew Cobos, another attorney named in the lawsuit, said. “Their fraud resulted in lifelong injuries to America’s warriors. 3M’s actions cannot, and should not, be tolerated.”

After two years of litigation, 3M agreed to settle allegations against the defective earplugs to the sum of $9.1 million, without admitting liability. For its action and legal services on behalf of the U.S. government, Moldex-Metric was awarded $1.9 million, with the remainder of the settlement going back to the federal government.

Hearing loss is taken seriously by the military, especially considering it’s possible to prevent severe hearing damage. In fact, as more veterans learn about the defective devices and are vocal about their hearing loss symptoms, multidistrict litigations are being filed. In January 2019, Army Sgt. Scott Rowe, a veteran from Texas, entered court proceedings with 3M. Rowe is seeking damages and restitution for the hearing damage he sustained while in combat. While serving in Iraq during Operation Iraqi Freedom, Rowe relied on his standard-issue CAEV2 earplugs. As a result, he sustained inner-ear damage that started showing symptoms upon his return to the United States. Including tinnitus, he claimed his injuries affected his sense of balance, causing symptoms of vertigo and making it difficult to sleep. Unfortunately, these symptoms are becoming increasingly common from the veterans who relied on faulty equipment provided by 3M.

If you have experienced changes in your hearing after exposure to loud noise, it is important to seek a hearing test as soon as possible. At Encore Hearing, we provide comprehensive hearing tests to accurately determine your hearing abilities. To schedule an appointment, contact us today.