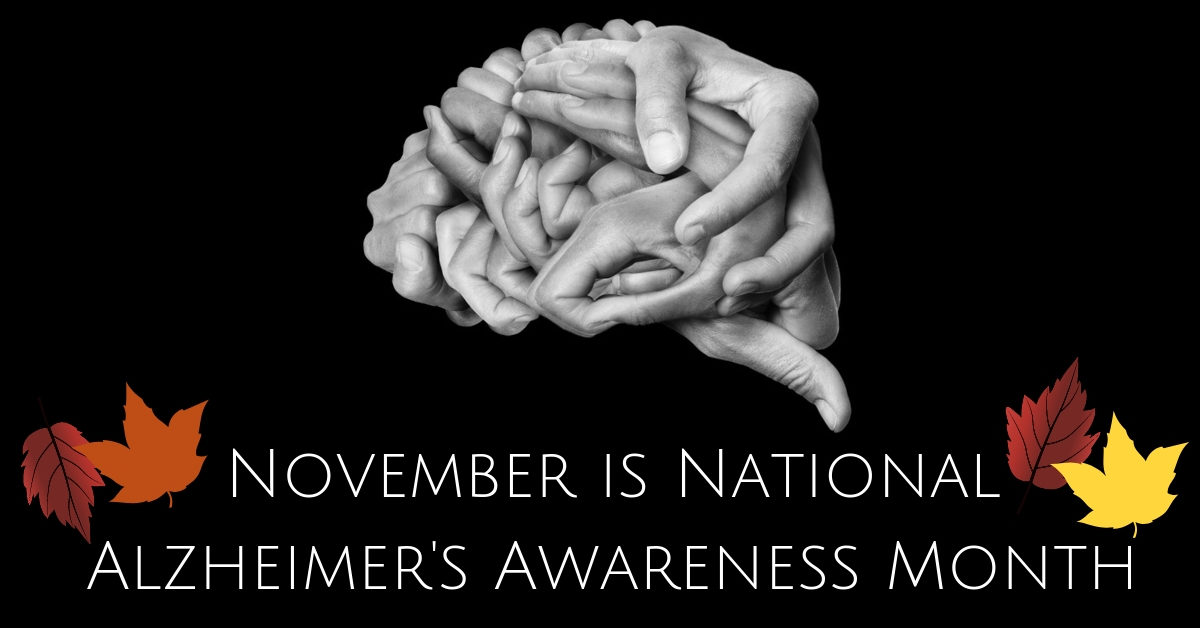 Did you know that November is National Alzheimer’s Awareness Month? Alzheimer’s disease is the most common type of dementia that people experience. The degenerative brain disease affects people’s memories, and people with Alzheimer’s typically have difficulty remembering information that they have learned relatively recently. There are other issues that people with Alzheimer’s disease face, from difficulties remaining oriented in a given space to changes in moods to extreme behavioral shifts and bouts of depression, suspicion, and paranoia. It often affects people over the age of 65, but early-onset Alzheimer’s can affect people even younger.

Studies on Hearing Loss and Dementia

Important for the month of November, there appears to be a relationship between dementia (Alzheimer’s disease is the most common form of dementia) and hearing loss. A 2011 study conducted at Johns Hopkins tracked almost 2,000 people who are around the age of 77 years old. They followed these subjects for at 12 years (some even as long as 18 years), hoping to understand the possible connections between hearing loss and issues of cognitive decline. They quickly noticed that there was a relationship between people with hearing loss and the signs and symptoms of Alzheimer’s-related decline, finding that people with hearing loss were 24% more likely to have Alzheimer’s disease.

Other Johns Hopkins researchers published their work in JAMA Internal Medicine, writing that people with hearing loss experience declines in thinking skills more quickly than people with average and/or healthy hearing. The researchers worked with nearly 2,000 volunteers who were 70 years old and older for six years, administering a test called the Modified Mini-Mental State Examination. The researchers found that those with hearing loss scored less on the test. Where people with subpar hearing would take only 7.7 years to significantly decline on the exam, people with normal hearing loss would take nearly 10 years to experience declines. This is to say that older adults experiencing untreated hearing loss are at a far greater risk for developing cognitive issues such as Alzheimer’s.

While there is no cure for Alzheimer’s disease, there are ways to remain attentive to its effects. The signs of Alzheimer’s can include bouts of memory loss that interrupt daily life, difficulty planning events or solving problems, and an increasing difficulty (if not inability) to complete otherwise familiar tasks.

While paying attention to this, there are plenty of great things that you can do to address your hearing health, no matter how old you are, in the hopes of stalling the potential effects of cognitive decline. Addressing your hearing health can possibly go a long way in ensuring greater physical health and mental health. One big factor contributing to hearing loss that you may not even be aware of is the use of in-ear headphones (or “earbuds”). It is important to limit your use of earbuds—or to switch to over-the-ear headphones altogether. No matter what type of headphones you use, listening at a high volume can have troubling effects on your hearing: be sure to listen for a maximum of 60 minutes a day and at 60% maximum volume. Apart from adjusting your headphone use, you may want to consider carrying reusable earplugs with you for those times when you might be faced with unexpectedly loud sounds either at work, out in the world, or even at events such as live music concerts.

No matter what, practicing healthy hearing habits begins with establishing a relationship with trained hearing health professionals. Getting a hearing test at Encore Hearing will encourage better hearing health. The more information you have about your current hearing levels, and way to protect and maintain where you are at now, the better equipped you and your hearing health professional will be to remain aware of the potential signs of cognitive decline. To schedule a consultation, contact us at Encore Hearing today!