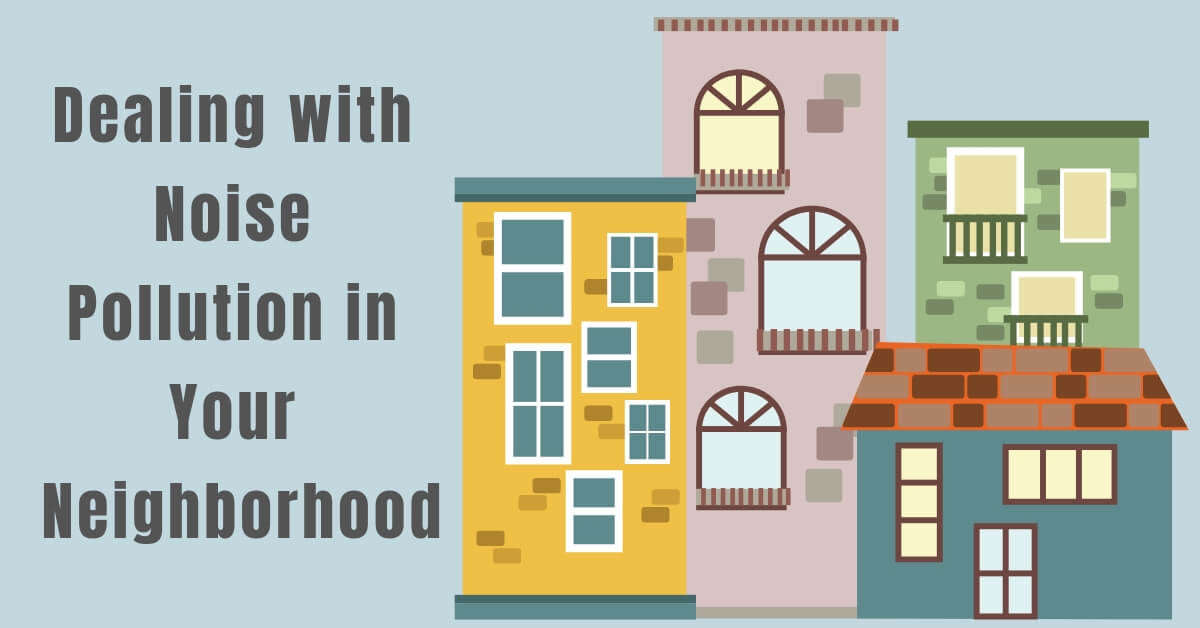 Sound occurs when the fragile complex system inside our ears picks up vibrations in the air, which our brain then interprets and identify.  Our days are permeated with sounds that are relaxing or stressful to our ears. The sounds in our day are inescapable and when sound becomes bothersome, we call it noise. When this noise in a particular area is constant and damaging, we refer to this as noise pollution.

If you’re passing through an area with a good deal of noise pollution, such as a construction site, you might not mind this noise since it is a temporary disturbance. It is longer durations of irritating noise that can cause hearing loss, stress and other health issues.  You can suffer noise-induced hearing loss by being exposed to noise above 85 decibels for a prolonged period of time. Additionally, noise between 120 and 140 decibels can actually cause the ear to feel actual pain.

Noise Pollution is a Health Concern

World Health Organization (WHO) is just one of many groups that sounds an alarm about the dangers of noise pollution.  WHO warns on its website: “Excessive noise seriously harms human health and interferes with people’s daily activities at school, at work, at home and during leisure time.” According to the American Speech-Language-Hearing Association (ASHA), an estimated 30 million Americans are exposed to dangerous noise levels on a regular basis, an increase of 10 million from just a few years ago. And, of course, many millions more are impacted by noise pollution worldwide, so it is fair to say that environmental noise is a growing global problem.

The Effects of Noise Pollution

The effects of noise pollution can damage our hearing in many ways, including the exasperating condition tinnitus (ringing in our ears).  It can also lead to sleep disturbances and insomnia which in turn can lead to pain, fatigue, cardiovascular problems, poor work performance and hormonal responses (stress hormones) and their consequences on human metabolism and immune system function.

What noises do people find most disturbing to their sense of hearing and overall well-being? A survey conducted among residents of Curitiba, a Brazilian city with the population of 1.6 million, showed that traffic was the number one culprit (73 percent), followed by noisy neighbors (38 percent).

It is not surprising that survey participants were most impacted by loud traffic since most urban sounds far exceed the 80 decibel (dB) threshold. For example, a garbage truck registers at 100 dB, a car horn at 110 dB, and an ambulance siren at 120.

As our population continues to grow, the sources of noise will continue to become more numerous. Unfortunately, in the United States we’ve made negative progress in the way of legislation. The 1972 Noise Control Act—which was created to protect Americans from noise that poses a threat was terminated in 1982 due to a lack of federal funding. As individuals, we are incapable of completely changing our environment to eliminate excess noises. Despite the noise outside there are still things we can do to protect our hearing:

To learn more about hearing protection devices and to have your hearing tested, visit us at Encore Hearing to get started on the path to healthier hearing.