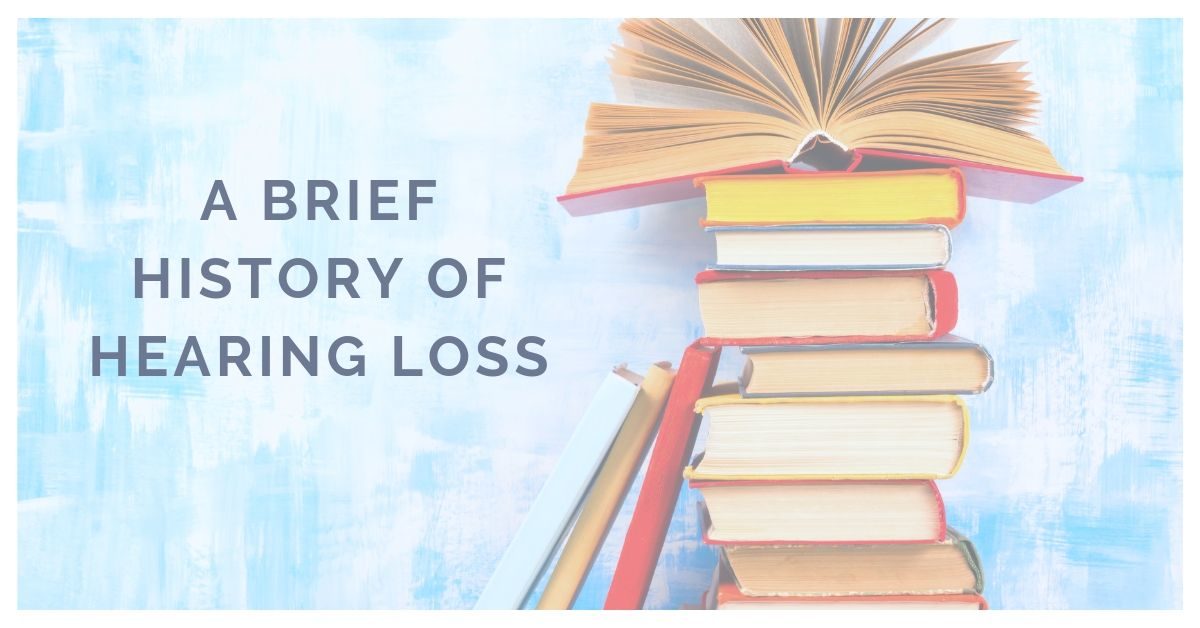 Despite hearing loss being an issue that has affected humans since the beginning of existence there is little reference to deafness and hearing loss documented in historical archives.  The documentation that does exist has been collected by those focused on the study of disabilities. How far back can we look for evidence of deafness and the hard of hearing?

Archeologists have found proof of hearing loss in skeletal evidence dating back to more than 10,000 years ago. Many of those buried at Shanidar Cave, an archaeological site located on Mount Bradost in Iraqi Kurdistan, had external auditory exostoses.  Exostoses are bony growths in the ear canal, which in the case of at least two individuals was severe enough to have impacted on their ability to hear.

The earliest known written record pertaining to hearing loss was found in ancient Egypt – dating back to 1550 BC. In the Ebers Papyrus, a remedy for “Ear That Hears Badly” is described. The remedy involves injecting olive oil, red lead, ant eggs, bat wings and goat urine into the ears. It’s not clear if this concoction was designed to remove a build up of earwax or a way to cure what we now know as sensorineural hearing loss. Hearing Healthcare professionals of today wouldn’t recommend this but it’s amazing to look back to the past to realize how far we have come as medical technological society.

Ancient Greek philosophers Plato and Aristotle first wrote about the deaf community in the early 10th century. These philosophers’ observations were unfortunately rather ablest and did not champion the importance of disability rights. The philosophers wrote that the “ability to reason was intrinsically linked with the ability to speak.” What the philosophers meant by this was that those who were deaf from birth were unintelligent. We now know that this could not be further from the truth and make room to acknowledge the wide ways that human intelligence presents itself.

It is believed that the first reference to specific signs in sign language comes not from members of the deaf community, but from the monks of ancient Burgundy. In order to honor and keep their strict vow of silence, the monks created complicated signs in order to communicate with one another. These hand signals had eventually come to be known as “Cluniac sign language” and had a major influence on monasteries all across Europe. Early observers noted that the signals ‘would have been sufficient if they lost the use of their tongues’ and Cluniac sign language, as it came to be known, had an enormous influence on monastic life throughout Europe.

Hearing Loss and the Romans

The earliest mention of the creation of a hearing aid comes in the Magiae Naturalis of 1588 by the Neapolitan polymath Giambattista della Porta, where he describes horns shaped like the ears of animals known to have excellent hearing. Though this may be an attempt to create something more like a telescope to amplify sound. The first ear trumpets were developed by Paolo Aproino, a pupil of Galileo’s, in the 1610s, although they were not in common use until the end of that century.

We know the deaf and hard of hearing were present in the past and probably in greater number than accounted for by historians and archaeologists, especially when considering all the illnesses and injuries associated with hearing loss that we now strive to prevent or can treat. It’s important to encourage more research into understanding this common human experience to create more awareness through time to the conditions of deafness and hearing loss. If you believe you have trouble hearing visit us at Encore Hearing.  We can help you treat your hearing with the most up to date techniques of today.